Some of South Florida’s most iconic athletes have been tapped for induction into the Florida Sports Hall of Fame as part of the 2020 Class. The 10-member class was announced Wednesday on Fan Stream Sports Live broadcast throughout Florida. This year’s class have careers spanning from 1970 to current and represent six different sports – swimming, basketball, hockey, football, baseball and golf. They will be enshrined into the Florida Sports Hall of Fame in an induction ceremony to be held in South Florida sometime next year. 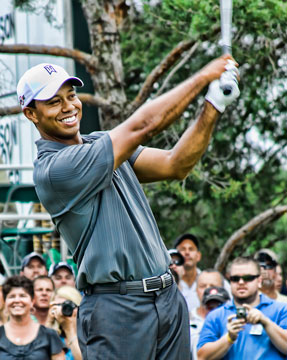 Eldrick “Tiger” Woods (Golf) moved to Florida shortly after turning professional in the summer of 1996 and achieved almost all of his incredible fame while a resident of the Sunshine State.  During his 24-year professional career, Woods has won 82 official PGA Tournaments – tying Sam Snead for the most in history.  His 15 major wins includes five Masters Championships and he trails only Jack Nicklaus’ all-time record total of 18 majors.  Among his wins are 18 World Golf Championships and two Players Championships.  He holds the record for most consecutive weeks (281) and most total weeks (683) ranked at the top of the Official World Golf Rankings.  Woods has played in eight Ryder Cups and nine Presidents’ Cups.  He is an 11-time PGA Tour Player of the Year, nine-time money leader and was recently elected to the World Golf Hall of Fame. Woods is widely credited for bringing golf to the masses and making it more popular and accessible to minorities.  The Tiger Woods Foundation creates and supports community-based programs to improve the health, education and welfare of America’s youth. 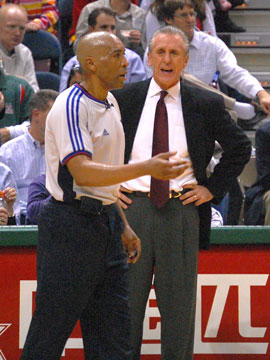 Pat Riley (Basketball) A former college All-American, NBA star and championship coach with the Los Angeles Lakers, Pat Riley has earned Florida Sports Hall of Fame recognition as Head Coach and President of the Miami Heat.  He has been President of the Heat since 1995 and served two stints as Miami’s head coach. As a coach, Riley guided the Heat to a World Championship in 2006.   As an executive, he was responsible for building a team that brought both LeBron James and Chris Bosh to join Dwyane Wade in Miami, where they won two additional championships. An NBA champion as a player, coach and administrator, Pat is considered one of the top five coaches in professional basketball history and is a member of the Naismith Basketball Hall of Fame. 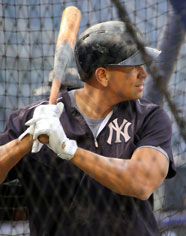 Alex Rodriguez (Baseball) Growing up in Miami and having attended Westminster Christian Academy, Alex Rodriguez made it to the major leagues as an 18-year-old and would embark on a 22-year career that included stints with Seattle, Texas and the New York Yankees. He played in 14 All-Star games, earned three American League Most Valuable Player Awards and won a World Series title with the Yankees in 2009. Rodriguez led the American League in home runs five times, RBIs on two occasions and collected more than 3100 hits. His 696 home runs rank fourth on the all-time list.

Joining Woods, Riley and Rodriguez in the 2020 Florida Sports Hall of Fame Induction Class are:

Bill Diaz was synonymous with the University of Miami swimming program, where he served as head coach from 1970 to 1985.  While at the U, Diaz coached Olympic swimmers Jesse Vassallo, David Wilkie and Matt Gribble, as well as countless nationally ranked swimmers.   He was credited with adding a world-class diving program to the university, which later produced Olympic Champion Greg Louganis. Under his leadership, 55 swimmers and divers earned All-America status at the University of Miami.  Coach Diaz passed away in 2014 and will be inducted posthumously. 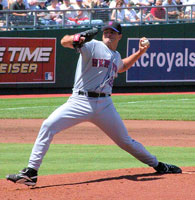 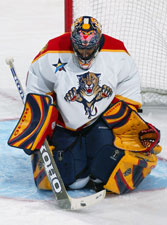 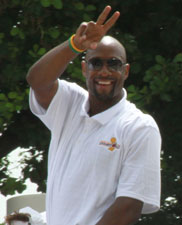 A center and power forward, Alonzo Mourning spent the majority of his National Basketball Association career with Miami, playing 11 seasons over two different stints for the Heat.  He averaged more than 17 points and 8.5 rebounds in his career, earning seven All-Star nods.  Nine times Alonzo helped the Heat to the post-season.  Mourning finished in the top 20 in the NBA in blocks 11 times and in rebounds five times. Alonzo won NBA Defensive Player of the Year Awards twice and was the 2001-02 recipient of the J. Walter Kennedy Citizenship Award. 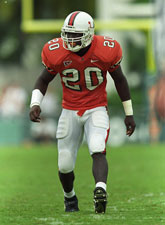 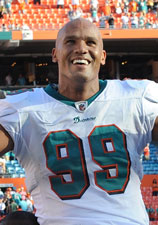 For more than a decade, Jason Taylor was the face of the Miami Dolphins.  Drafted in the third round out of the University of Akron in 1997, Taylor went on to a stellar career where he played in six pro bowls and was named to the NFL All-Pro Team four times.  Twice Taylor was named AFC Defensive Player of the Year and earned NFL Defensive Player of the Year in 2006.  Jason was selected to a starting position on the NFL All-Decade Team for the 2000s.  Active in his community, he won the prestigious Walter Payton Man of the Year Award for his charity work in 2007 for his work in improving literacy rates and overall health of South Florida’s children. 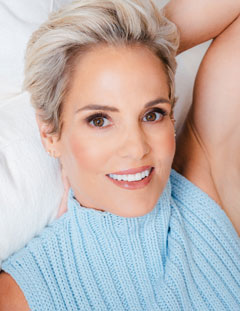 A University of Florida graduate, Dara Torres was one of the most successful Olympic swimmers in history.  She was the first athlete to represent the United States in five Olympiads and won a total of 12 medals in Olympic competition.  She set the World Record in the 50-meter freestyle three times and was part of three relay teams that also established world records.  At the 2008 Olympics in Beijing, Dara shocked the world by winning a silver medal in the 50-free at age 41. At the University of Florida from 1986-89, Torres won nine individual SEC Championships and was on 12 winning relay teams

In making the announcement, Ramsberger noted that the 10-member, 2020 class was representative of some of the greatest contributors to sports in the state.  “This class represents some of the most impressive accomplishments attainable: members of their respective sports Halls of Fame, World Champions, All-Stars, major champions and Olympic medalists,” Ramsberger said. “We’re extremely excited to be able to honor them as they are inducted into the Florida Sports Hall of Fame.” The 59th Florida Sports Hall of Fame induction ceremonies will take place in 2021 in South Florida. Exact date and location will be announced later.  For more information, visit www.FlaSportsHOF.org.