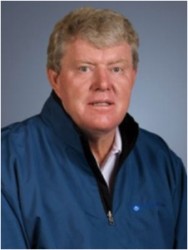 Bean was born in LaFayette, GA, but moved to Lakeland, FL where his father purchased a golf course when he was 15. He attended the University of Florida and while there won 4 amateur tournaments. Bean, along with future fellow PGA Tour players Woody Blackburn, Phil Hancock and Gary Koch, were members of the 1973 NCAA Championship team. He turned professional in 1975. Bean was a dominant player on the PGA Tour from 1977-1986. He did not finish outside the top 35 on the money list during those years, a stretch that included five top-seven finishes on the list. His first PGA Tour victory was at the Doral-Eastern Open in 1977, and his last was at the Byron Nelson Golf Classic in 1986. In 1978, he won three times. He played on the Ryder Cup team in 1979 and 1987. He spent several weeks ranked in the top-10 of the Official World Golf Rankings from their debut in 1986 and 1987. Andy never won a major championship. He came closest at the 1983 British Open when he and Hale Irwin finished tied for second – one stroke behind Tom Watson and the 1989 PGA Championship when he, Mike Reid and Curtis Strange tied for 2nd, one stroke behind Payne Stewart. After turning 50 in March 2003, Bean has enjoyed a resurgence of his game on the Champions Tour, where he won for the 1st time at the 2006 Greater Hickory Classic at Rock Barn. In May 2008 he added a 2nd Champions Tour title with a victory in the Regions Charity Classic. He won the season ending Charles Schwab Cup Championship in 2008 at Sonoma, CA. He won with a 20 under par total and won by nine shots over Gene Jones, a scoring record for the tournament. Andy Bean still lives in Lakeland, Florida.