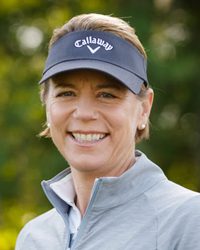 A long-time Central Florida resident, Annika Sorenstam dominated women’s professional golf prior to retiring in her prime in 2008 at age 38. Her list of on-course accomplishments is beyond impressive and includes 90 wins worldwide, 72 official LPGA Tour wins, and victories in 10 majors. The winner of a record eight Player of the Year awards, and six Vare Trophies given to the LPGA player with the lowest seasonal scoring average, Annika is the only female golfer to shoot a 59 in competition. She holds various all-time scoring records including the lowest season scoring average: 68.6969 in 2004.