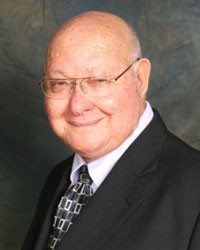 For 40 years Bill Buchalter was a sportswriter, columnist and regional sports editor for The Orlando Sentinel. Prior to joining The Orlando Sentinel he worked at The St. Petersburg Times. While an undergraduate at The University of Florida he covered Gator sports for the school newspaper, The Alligator.

He holds awards of distinction from the Florida Athletic Coaches Association, and the National High School Athletic Coaches Association, and he is a previous inductee in four Halls of Fame: Florida Track; Golden South Classic; Central Florida Sports; and Florida Citrus Sports. In 2008 The Orlando Sentinel created the Buchalter Spirit Award to honor high school athletes who persevered through personal struggles while maintaining a positive outlook. Bill died July 23, 2021.