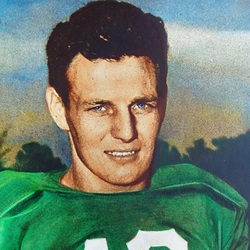 Bob Masterson was a wide receiver in the NFL. He played six seasons for the Washington Redskins. He played college football at the University of Miami and was drafted in the sixth round of the 1938 FL Draft by the Chicago Bears. He made it to the Pro Bowl in 1942. In his career, he had 126 receptions for 1,697 yards and 13 touchdowns.