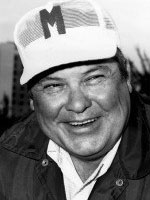 Charlie Tate was the head coach for the University of Miami (Hurricanes). He coached there from 1964-1970. His best season was in 1966 when his team went 8-2-1. Charlie’s most famous recruit was Chuck Foreman who said, “He had faith in me, as a black athlete in the south during that tumultuous time and I will never forget him. He was a great, generous man.”

After two years of non-winning seasons, Tate signed defensive end, Ted Hendricks. After that, they won eight consecutive games which led them to the Liberty Bowl. He had a record of 34-27-3, a .555 winning percentage.