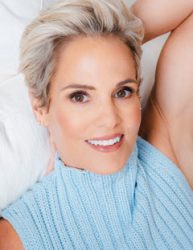 A University of Florida graduate, Dara Torres was one of the most successful Olympic swimmers in history. She was the first athlete to represent the United States in five Olympiads and won a total of 12 medals in Olympic competition. She set the World Record in the 50-meter freestyle three times and was part of three relay teams that also established world records. At the 2008 Olympics in Beijing, Dara shocked the world by winning a silver medal in the 50-free at age 41. At the University of Florida from 1986-89, Torres won nine individual SEC Championships and was on 12 winning relay teams.