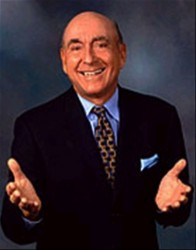 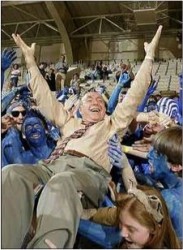 Dick Vitale was the assistant coach at Rutgers University under head coach, Dick Lloyd. Two years later, he became the head coach of the University of Detroit. He took the team to a 32-team NCAA tournament in 1977. During his years there, he had a 78-30 record including a 21-game winning streak in the 1977 season. After his fourth season in 1977, the University of Detroit gave him the athletic director position. In the 1978-1979 season, he coached the Detroit Pistons.

On December 5, 1979, Vitale called ESPN’s first college basketball game. In the 2004-2005 season, he was doing approximately 40 games. In the 2008-2009 season, he celebrated 30 years with ESPN’s network. Vitale is a voter of the AP Top 25 Men’s basketball polls. On September 5, 2009, Vitale was inducted into the Basketball Hall of Fame. Dick is known for his energy and enthusiasm while calling games. Some of his popular phrases are, “Diaper Dandy” meaning an outstanding freshman, “PTPer” meaning prime time player, “Trifecta” meaning three point basket, and “Window Washer” meaning a play excels at rebounds. One of his most famous statements is, “It’s awesome, baby!” adding “with a capitol A!” at the end. Vitale is also the author of seven books, his first being Vitale in 1988, and his most recent, Dick Vitale’s Fabulous 50 Players and Moments in College Basketball From the Best Seat in the House During my 30 Years at ESPN in 2008. As of 2009, Vitale has called close to 1,000 games. Vitale currently resides in Lakewood Ranch, FL and also enjoys a very successful career as a motivational speaker.