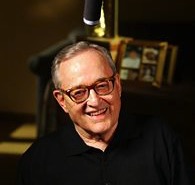 Edwin Pope is a native of Athens, GA. After submitting a running story of a sports event to the local paper, the Athens Banner Herald, Pope was immediately offered a job. At only 11-years-old, he served as a journalist for small local events. When he was 12 and 13, he covered high school events. By the time he was 15, Pope was the sports editor for the paper, the youngest in the country. After graduating from the University of Georgia in 1948, he was employed by United Press and the Atlanta Constitution before accepting the position as executive sports editor at the Atlanta Journal in 1954. While working in Atlanta, Pope wrote a best-selling book, “Football’s Greatest Coaches.” With the extreme profits from book sales, Pope moved to Miami in 1956, accepting a position with the Miami Herald that eventually led to being named sports editor in 1967. He has since worked for the Herald for over 45 years and is one of sports journalism’s most honored writers. He has won the Red Smith Award, a record four Eclipse Awards, the Knight-Ridder Excellence Award, and is a member of the National Sportscasters and Sportswriters Hall of Fame. Pope has covered every Super Bowl.