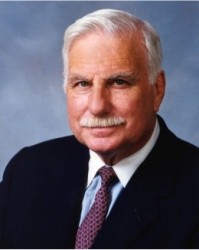 Howard Schnellenberger was an All-American tight-end at the University of Kentucky and worked as an assistant coach at UK under head coach Blanton Collier in 1959 and 1960. Schnellenberger also served as offensive coordinator under his college coach Bear Bryant at Alabama, helping them win three National Championships before leaving to take a job in the NFL as offensive coordinator of the Los Angeles Rams. Then was hired by Don Shula in 1970 to become the offensive coordinator for the Miami Dolphins. He parlayed his success of Miami’s 1972 perfect season into becoming the new head coach of the Baltimore Colts in 1973.

Schnellenberger arrived to a University of Miami football program that was on its last legs, with the program having almost been dropped by the university just a few years prior. Drawing from the boot camp methodology learned from mentors Bryant and Shula and a pro-style pass-oriented playbook not yet the norm in Division-I college football, Miami developed a passing game that allowed them to have advantage over teams not equipped to defend such an attack. By his third season at Miami, the team had finished the season in the AP Poll top 25 twice—something that had not happened there since 1966. He coached Miami to a National Championship in 1983, defeating Nebraska in the 50th Orange Bowl.