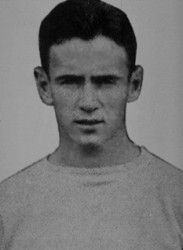 Jack McDowall (June 26, 1905 – May 25, 1969) played high school ball in Gainesville, Florida at Rockingham High School. Jack played college football at North Carolina State at the halfback position and was elected into the College Football Hall of Fame in 1975. He is arguably the best athlete to ever play at North Carolina State.

After school, he went to Rollins College as a head coach and athletic director. He held that post for 29 years.