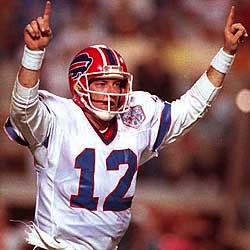 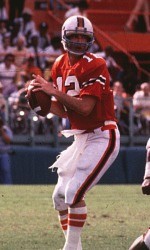 In the USFL, he set many records, was the 1984 USFL Player of the year, and was twice named All-USFL.

With the Buffalo Bills, Jim is eighth in team history in games played and holds many team records including passing attempts, passes completed, yards passing, 300-yard passing games, passing percentage, and lowest interception percentage. From 1990 – 1993, Kelly led the Bills to four consecutive Super Bowls, even though they lost all four times. In 2002, he was inducted into the Pro Football Hall of Fame on his first try.