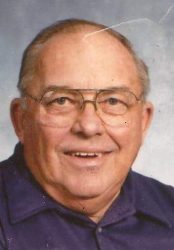 Joe B. Fields was inducted into the Florida Sports Hall of Fame in 1996 in recognition of his posting one of the state’s best junior college basketball records in 23 seasons at Lake City Community College, where he led the Timberwolves to their first and only state championship in 1970. Fields posted a 512-195 record at Lake City Community College and made 14 state tournament appearances between 1963-86. He was honored by the Legislature for the team’s 1970 state championship. He also led the Timberwolves to four state runner-up finishes (’68, ’75, ’76, ’79). His teams had seven consecutive state tournament berths between 1966-72.

Fields also had successful coaching stints before and after his time with the Timberwolves as boys basketball coach at Columbia High School. He retired from Columbia High in 1993 after compiling a 122-40 overall record in 1960-63 and 1990-93. He also spent two seasons (1986-87) coaching the West Palm Beach Stingrays (Gold Coast Stingrays).