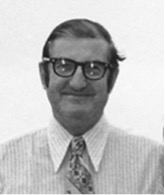 Joseph Robbie was born on July 7, 1916. An American lawyer and entrepreneur, he was the original owner of the Miami Dolphins. Partnered with head coach, Don Shula, Robbie’s Dolphins secured two consecutive Super Bowl titles and the all-famous perfect season of 1972. He is also credited with building Joe Robbie Stadium, which eventually became known as Dolphin Stadium. Joe was also the owner of the Miami Toros and the Fort Lauderdale Strikers (later, the Minnesota Strikers) soccer teams from the North American Soccer League. Robbie died on January 7, 1990. Posthumously, in recognition for all he had done for his teams, he was inducted into The Miami Dolphin Honor Roll (1990) and the National Soccer Hall of Fame (2003).