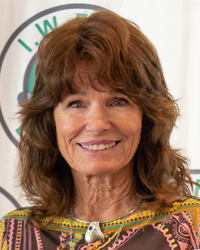 In a 30-year outdoor career, Captain Leiza Fitzgerald was instrumental in introducing women to the sport of fishing. She helped create and implement some of the sport’s most iconic events. Her professional team “Screamin Reels N High Heels” was ranked a Top 10 Florida team, and earned a spot in the Southern Kingfish Association’s National Championships in 1998. Her two-woman redfish team was ranked as one of the Top 10 ESPN “ALL STAR” Redfish Teams in the country. In 2018, she was listed by Salt Strong as one of the top 12 lady anglers in Florida. In 2019, she was named Sportsman of the Year by The Sarasota Sportsman’s Association, the first time a woman had been named. In 2020, she was named as one of the 30 most influential female anglers (Top 5 in Saltwater) by Wildlife Enthusiast magazine. She won Annual Top Angler for Redfish from the International Women’s Fishing Association in 2020 with a repeat in 2021 when she won IWFA Annual Top Angler for Redfish, Snook and Sheephead. Leiza has affectionately been deemed “Queen of Conservation” for her tireless efforts to help improve marine fisheries.