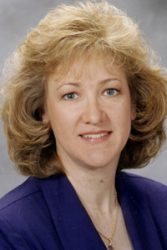 Lisa Wagner is one of the best women bowlers in the country. By the 2000 season, Lisa Wagner was the all-time women’s professional tournament titlist with 32 wins. Wagner was the 1996 USBC Queens Tournament champion. She also won five USBC Women’s Championships titles: an Open Division all-events title in 1988, Open Division doubles titles in 1982 and 1992, and Classic Division singles and doubles titles in 2001. Wagner was named Woman Bowler of the Year four times by the Bowling Writers Association of America. Wagner also was named 1980s Bowler of the Decade by both Woman Bowler magazine and Bowling Magazine. In 1996, she was inducted into the Women’s Professional Bowling Hall of Fame. At the start of her pro career, Wagner was named 1980 Rookie of the Year by the Ladies Professional Bowlers Tour. Among her professional titles were the 1983 Greater Milwaukee Open, the 1988 U.S. Open and the 1999 PWBA Storm Challenge.