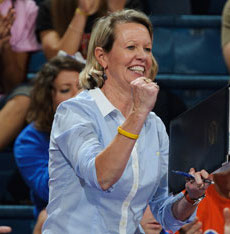 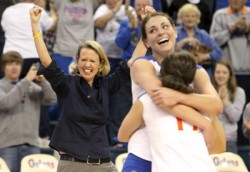 The architect of one of the most storied programs in NCAA Division I volleyball history is in the midst of her second decade of excellence in leading the Florida volleyball program. The accomplishments of Mary Wise since being named head coach of the Gators in 1991 have been nothing short of unprecedented.

The list of achievements is long and cements the fact that if there has been one constant to Wise’s 20-year tenure at Florida, it is unparalleled success. There hasn’t been a single coach in the history of Division I men’s and women’s basketball, football or baseball with at least 15 seasons of coaching who can claim a better winning percentage than Wise has at Florida (.902).

Consider this: Wise became the first coach in NCAA history to win 100 consecutive games, the first to win 130 consecutive regular-season conference matches and the only coach ever to win 90 percent of her matches in her first 20 seasons at one school. She is the nation’s winningest coach since the 1991 season with 632 victories to her credit since her hire at Florida.

Those accomplishments led USA Volleyball to bestow on Wise the title of “All-Time Great Coach” in 2006.

Since arriving at UF in 1991, Wise has propelled a once lackluster program into the epitome of excellence. That was never more evident than in 2010, when Wise’s squad – not voted to win the Southeastern Conference for the first time since 1991 – engineered one of the finest campaigns in program history.

The Gators spent eight weeks at the No. 1 spot in the AVCA poll, battling through a grueling schedule to post 10 wins against top-25 opponents during the season. The early part of the schedule proved to be a gauntlet, as Florida faced nine ranked teams in its first 12 matches – winning eight of those contests. Wise’s 2010 Gators became the first team in SEC history to post a perfect 20-0 league record, as the conference instituted a 20-match double round-robin format prior to the start of the 2006 campaign. Wise’s prize pupil – junior right-side/setter Kelly Murphy – earned AVCA First-Team All-America honors and was named the 2010 SEC Player of the Year. The Gators placed four players on the AVCA All-South Region team and Wise was named both the SEC Coach of the Year and the AVCA South Region Coach of the Year. 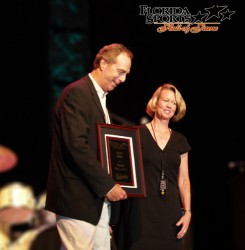 The Gators hold the nation’s longest streak of consecutive 25-win seasons at 20 and also have been ranked among the nation’s top-15 in the final AVCA poll each of those 20 years.

It was in 2008 that Wise’s proficiency as a true teacher of the game shined. Her squad captured an unlikely 18th consecutive league championship, which broke an NCAA Division I record for the most consecutive conference titles in the sport of volleyball. Wise guided a young squad that featured five freshmen regularly playing in the rotation to the outright league championship and an NCAA Regional Semifinal appearance.

Under her direction, Murphy, a freshman, became the first player in school history to be named the AVCA National Freshman of the Year and senior Kelsey Bowers was named the SEC Volleyball Scholar-Athlete of the Year.

Florida has so dominated the SEC in her tenure that Wise is one of only two coaches in conference history in any sport, men’s or women’s, to win as many as 18 consecutive conference titles.

Florida’s success in the Wise Era, however, hasn’t been limited to the conference level. The Gators went more than 10 seasons from 1994-04 without losing a regular-season SEC match – a feat unmatched by any school in NCAA women’s volleyball history. In 2003, the Gators won 105 straight games during the course of the season, smashing the previous NCAA record by 36 games.

Her penchant for prosperity on the court has transcended into the regional community. Florida ranked among the top-10 schools in the nation in attendance for the 19th time in the last 20 years in 2010, as countless Gator fans moved through the turnstiles at the Stephen C. O’Connell Center to provide Florida with one of the most electric, intimidating and inspiring volleyball venues in the country.

The NCAA recognized the enthusiasm of Gator fans by awarding Florida NCAA Regional hosting duties in 2006 and 2007, as UF became the first school to host back-to-back regionals and the first to host three total regionals since the pre determined format was adopted in 2003. Florida again hosted a regional in 2009 and is scheduled to host the event in both 2011 and 2013.

As strong as the reputation that has built for her program is in the state of Florida, it extends far beyond the borders of the Sunshine State. On the forefront of increasing awareness and exposure for volleyball, Wise has ushered in a philosophy of innovation when it comes to rules changes and youth volleyball opportunities, and she is routinely regarded as one of the finest resources for coaching in collegiate volleyball.

In April of 2008, Wise helped blaze another trail for the women’s volleyball community, as she played an integral role in the organization of inaugural SEC Coaches Beach Volleyball Championships, which marked the first beach volleyball tournament held by an NCAA Division I conference. Later that month, the Birmingham News named her one of the 10 most influential women’s sports coaches or administrators in conference history.

Due to the advocacy of Wise and others in the coaching community, the sport of “sand volleyball” was added to the NCAA’s list of emerging sports for women in the spring of 2009.

Wise served as the president of the American Volleyball Coaches Association during the 2008 year and held the position of past president until Dec. 31, 2009.

Wise’s expertise and intuition have led to numerous appointments on international coaching staffs. Most recently, Wise served as the team leader of the U.S. National Team in the Pan American Cup during the summer of 2010. In May of 2006, she guided the USA Volleyball A2 Team at the U.S. Open Championships, as the volleyball community became one of the first groups to compete in a large-scale event in New Orleans after Hurricane Katrina. She also directed the U.S. National “B” Team at the 1995 World University Games.

Along the way, multiple players under Wise’s tutelage have gone on to earn invitations to national teams and compile individual honors. In the summer of 2005, four Gators trained with the USA Women’s Volleyball National Team – more than any other school in the country that year.

A Florida player has earned the title of SEC Player of the Year in 14 of the last 16 seasons, including Angie McGinnis in 2006 and 2007, when she became the first setter in league history to claim the honor and one of just five players in the league to win the award on multiple occasions. Since Wise’s arrival at UF, 25 players have earned a sum of 59 All-America honors, including a record six combined honors by a trio of players in 2007.

While the accomplishments of many teams end on the court, that’s simply where Florida’s begin. With her emphasis on academics in addition to athletics, members of the Gator volleyball team under Wise have combined to earn 126 Academic All-SEC honors since 1991. In 2009, 10 players were named to the SEC Academic Honor Roll and another two earned SEC Freshman Academic Honor Roll recognition. Additionally, six UF players have combined to receive nine Academic All-America honors in Wise’s career at Florida.

The Gators have also shown a commitment to playing an active role in community leadership and involvement. Each year members of the Gator volleyball team visit children at nearby Shands Hospital during the Thanksgiving holiday, while players also participate in the Goodwill Gators program. In 2003, Wise helped raise $7,500 for the Children’s Miracle Network after more than 4,000 Gator fans packed the O’Connell Center for a match against South Carolina. She also organizes and operates the annual Mary Wise Scramble, a golf tournament that benefits PACE Alachua, which provides guidance to young girls who are experiencing conflict in school or at home.

Since winning the SEC Championship in her first season in Gainesville, Wise’s affect on volleyball in the state has been nothing short of amazing. UF’s annual summer camps typically draw nearly 1,700 eager athletes from all levels who travel to the UF campus in order to learn from one of the finest coaches in the country.

Prior to guiding the Gators, Wise honed her talents at Kentucky as an assistant for five years from 1986-90. During her progression from a graduate assistant to associate head coach, the Wildcats won a pair of SEC titles and advanced to the NCAA Championship three times. Before moving on to Lexington, Ky., Wise had previously served as the head coach at Iowa State from 1981-84. At the time of her hire, she became, at 21 years of age, the youngest Division I head coach in history before eventually guiding the Cyclones to an 81-63 record, which also included a second-place finish in the Big Eight Conference in 1984.

Wise graduated from Purdue in 1981 with a bachelor’s degree in physical education after a standout career as a setter for the Boilermakers. A dean’s list student, Wise was a member of Purdue’s 1979 and 1980 Big Ten championship teams. A native of Evanston, Ill., Wise resides in Gainesville with her husband, Mark, and their two sons, Matt (21) and Mitchell (16).