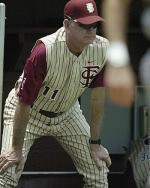 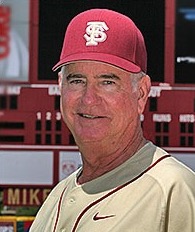 Mike Martin is one of the most prolific coaches in College Baseball history. He was elected into the American Baseball Coaches Association Hall of Fame and is one of just four baseball coaches in the history of the NCAA to win 1,500 games at the Division-I level. Mike Martin has become the face of Florida State baseball and has been associated with the Seminoles for 38 of FSU’s 63 seasons. He is the winningest coach in the history of the program and of the 3,398 baseball games played in program history.

Mike has been involved in 2,505 wins as a player, assistant coach and head coach. Martin has led the Seminoles to the College World Series 13 times and to 32 consecutive NCAA Regional appearances, including in each of his 30 seasons as head coach. He has also won 15 conference championships and is a 12-time Conference Coach of the Year.