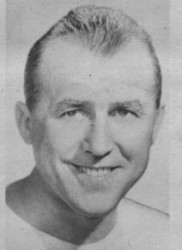 Nick Kotys was a head football coach at Coral Gables High School and is known for building one of the most successful high school football programs in Florida history. While a coach at Coral Gables, his teams won FHSAA state championships in 1963, 1964, 1967, 1968, and 2 other state championships before the playoff system was established. He also is credited with winning mythical national championships in 1956, 1964, 1967 and 1968. He coached for 20 seasons and ended up with a 160-33-9 record. He left his head coach position to become the Athletic Director at Coral Gables High School and was named to the FHSAA All-Century Team.