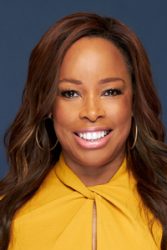 Renowned as a trailblazer in the sports media landscape, Pam Oliver long ago established herself as one of the premier sports reporters on network television. She has contributed to Fox Sports’ coverage of eight Super Bowls, was the lead feature reporter on Fox NFL Sunday for many years, and served as co-anchor of FSN South’s “Southern Sports Report” from 2000 to 2003. Prior to joining the network, she was an ESPN reporter, gaining football experience covering the NFL Playoffs and NFC Championship Games. In addition, to her duties as feature reporter on “NFL Prime Monday,” Oliver covered each Monday Night Football matchup. She was a multi-sport athlete at Niceville High School in Niceville, FL and became a college All-American in both the 400-meter and mile relay at Florida A&M University.