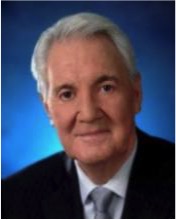 George Allen “Pat” Summerall played high school football at Columbia High School in Lake City, FL where he was recognized as an All-State selection in football, as well as basketball. He also earned varsity letters in both baseball and tennis. He was inducted into the Florida High School Athletic Association (FHSAA) Hall of Fame and was later named to the FHSAA’s All-Century team. Summerall played college football at the University of Arkansas, where he played 3 different positions.

Pat spent 10 years as a professional football player in the National Football League (NFL), primarily as a placekicker. He played for three different teams: the Detroit Lions, Chicago Cardinals and New York Giants. His best professional year statistically was 1959, when he scored 90 points on 30-for-30 extra-point kicking and 20-for-29 field goal kicking.

After retiring from football, Summerall became a broadcaster for CBS Sports. He started part-time on New York Giants’ broadcasts. In 1964, CBS hired Summerall full-time to work its NFL telecasts, initially as a color commentator and eventually as a play-by-play announcer. In 1969, Pat took part in NBC’s coverage of Super Bowl III. He also co-hosted the syndicated NFL Films series This Week in Pro Football in the late 1960s and early ’70s. During the 1970s, Pat usually worked with Tom Brookshier as his broadcasting partner for NFL games on CBS, and the colorful Summerall-Brookshier duo worked three Super Bowls together. In 1981, Summerall was teamed with former Oakland Raiders coach John Madden, a pairing that would last for 22 seasons on 2 networks and become one of the most well-known partnerships in TV sports-casting history. Together, the two worked 8 Super Bowls. Summerall also broadcast professional golf and tennis (including the Masters and U.S. Open) during his tenure at CBS, and was the play-by-play announcer for the 1974 NBA Finals. His last on-air assignment for CBS Sports was the 1994 Masters. Summerall’s list of honors includes: American Sportscasters Hall of Fame, Pete Rozell Radio-Television Award, and National Sportscasters and Sportswriters Association Hall of Fame.