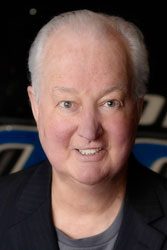 Former Orlando Magic basketball executive Pat Williams was considered the driving force in landing an NBA expansion franchise for Orlando prior to the 1989 season. Williams has worked for more than half a century in professional athletics, spending time as General Manager of the Chicago Bulls, Atlanta Hawks and Philadelphia 76ers prior to joining the Central Florida pro basketball efforts in 1986. As the Magic’s General Manager, Pat was credited with building the team that made its first NBA Finals Appearance during the 1994-95 season. Williams has held multiple positions with the Magic for the last 30 years, including General Manager and Senior Vice President prior to announcing his retirement earlier this year.