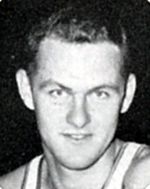 Roger Strickland can be considered Jacksonville University’s first two-sport star after competing with the basketball team from 1960-63 and baseball team 1961-63. On the court, he earned AP, UPI and Converse All-America accolades in 1962 and 1963. He was also an two-time Little All-America honoree. Additionally, Strickland earned two-time All-Florida Intercollegiate accolades and was named MVP of the Florida Intercollegiate Conference in 1962. He ranks 1st at JU in career scoring average with 27.3 ppg and is fifth on the career points list with 1,691. He also owns the Dolphins’ single-season record in scoring average (32.6 ppg) and points (783). Strickland also set the JU single-season assists record with 20 against Rollins on Jan. 5, 1962. After his outstanding college career, he was taken as the seventh pick overall in the 1963 NBA Draft by the Los Angles Lakers and would later play with the Baltimore Bullets in the 1963-64 season. On the baseball diamond, he was twice named to the All-Florida Intercollegiate Conference team and won league MVP honors as a senior in 1963. He was also JU’s first baseball All-America honoree and a Wells Cup outstanding student award winner.