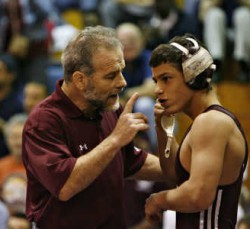 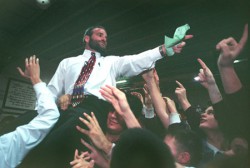 If you are familiar with high school wrestling you have probably heard of the Brandon Eagles high school wrestling team out of Brandon, Florida. They are led by 35 year veteran Head Coach Russ Cozart. Coach Cozart has amassed an amazing list of accomplishments at Brandon as a coach and while also personally competing on the National level.

He has won the “Triple Crown” in the Veterans category of wrestling as a competitor. The “Triple Crown” is a name given for winning each of three National events in Folkstyle, Freestyle, and Greco. Overall, Coach Cozart has individually won 11 National titles – 8 in freestyle, 2 in Greco, and 1 in folkstyle. Coach Cozart is passionate about the sport of wrestling as it has encompassed much of his life. He has won ten world medals in FILA Vetrans World Competition of which, 7 where Championships and 3 were Runner-Up finishes.

His coaching accomplishments are as follows: