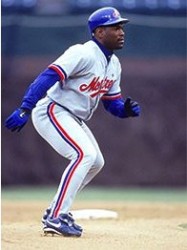 Timothy Raines was born on September 16, 1959 in Sanford, FL an attended Seminole High School where he was a running back for the football team. However, baseball is the sport in which he chose to devote his career. As a 5th round draft pick in the 1977 amateur draft, Raines began his career with the Montreal Expos. Playing in the outfield, Raines was with the Expos for 11 years before being traded to the Chicago White Sox on December 20, 1990. He played 5 seasons with the White Sox before being traded to the New York Yankees. During his time in New York, Raines received two World Series rings in 1996 and 1998. In 1999, he signed with the Oakland Athletics. However, on July 23 of that year, Raines was diagnosed with lupus.

After going through treatment and recovery, he was able to return to baseball, signing with the Yankees. He was soon let go and signed by the Expos once again. After an injury marred time, Raines was traded to the Baltimore Orioles. His last season in 2002 was spent with the Florida Marlins. After his retirement as a player, Raines became a manager. Starting his coaching career in 2003 with the Brevard County Manatees, he was soon promoted to manager of the Montreal Expos. In 2004, he moved to the Chicago White Sox, where he served as the first base coach during their 2005 World Championship season. His accomplishments include: Seven-time All-Star, three-time World Series Champion, 1986 Silver Slugger Award, 1987 MLB All-Star Game Most Valuable Player, and the honor of having his #30 retired by the Montreal Expos.