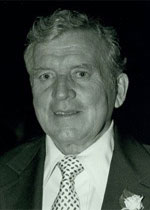 Thomas N. Nugent was born on February 24, 1913 in Lawrence, Massachusetts. He attended New York’s Ithaca College, and is a member of their Hall of Fame. Nugent was an NCAA Division-I college football coach for 17 years for Florida State University; the University of Maryland, College Park; and the Virginia Military Institute. While at FSU, he also served as the school’s athletic director. During World War II, he served his country as a captain in the Army Air Corps, acting as a fitness trainer for officers heading overseas and later as a director of entertainment at a base in Missouri.

His major contribution to the game of football as a coach was the development of the “I” formation.