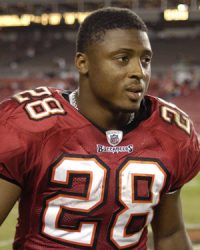 A native of Baton Rouge, LA, Warrick Dunn burst on to the scene in 1993 as a freshman by helping the Florida State Seminoles to a national championship. He would leave FSU after his senior season in 1996, departing as the school’s all-time rushing leader with 3,953 yards – a mark that would stand more than two decades.