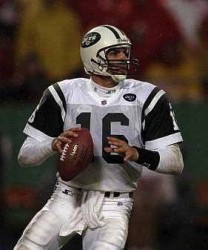 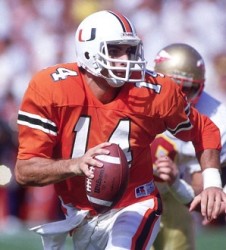 As a University of Miami quarterback, he won the Heisman Trophy in 1986. He is the Hurricanes’ all-time leader in career touchdown passes with 48. He played in the 1987 Fiesta Bowl against Penn State for the 1986 national championship, a game in which the Miami Hurricanes were heavily favored, but went on to lose 14-10 after Testaverde threw five interceptions.